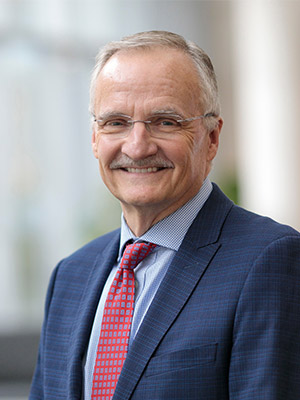 Kevin Armstrong was named chief mission and values officer for IU Health in January 2016 to help integrate the mission and values into all aspects of the organization. A year later, he accepted the responsibility of chief of staff. Prior to these roles, he served as the president of Methodist Health Foundation.

Armstrong began his career as associate chaplain at DePauw University and then pastor at three United Methodist congregations in Indianapolis. His ministry included global leadership in ministries of education, healthcare, housing, food sustainability and restorative justice.

Armstrong graduated with a political science degree from DePauw University and a divinity degree from Duke University.  Kevin has written and taught for religious, civic and government audiences; authored or co-authored numerous books and articles for academic and public audiences; and directed an 11-part PBS series, “Faith & Community: The Public Role of Religion.”  His recent board memberships include Duke Divinity School, The Louisville Institute, University of Indianapolis, Garrett Evangelical Theological Seminary, and the Community Advisory Board of WFYI.

Kevin and his wife Nancy have resided in downtown Indianapolis since 1992. They have a daughter and son-in-law, both physics professors in Seattle.  An adventurer at heart, Kevin has explored Atlantic islands in a dugout canoe, jumped out of a perfectly good airplane, and hiked the Grand Canyon rim-to-rim.  In his more leisurely moments, Kevin pretends he is a runner, poet, and photographer.